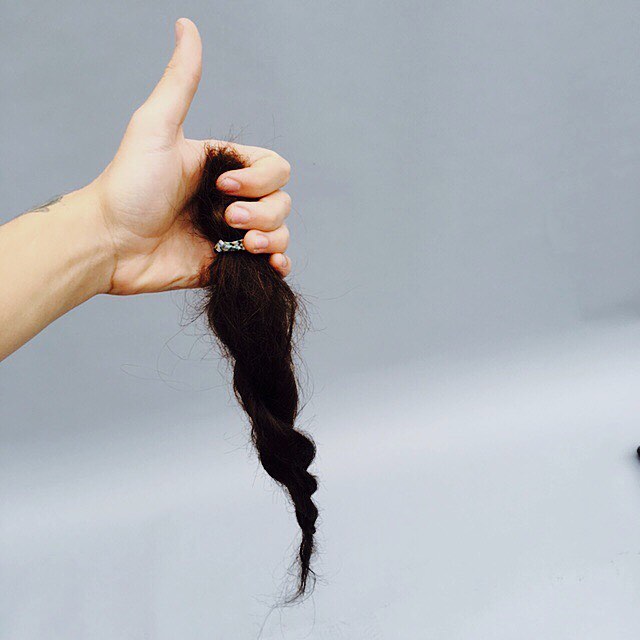 Everyone loves Harry Styles. Not least for his long curly hair. But not for much longer. He has shared a cheeky Instagram picture showing him holding his ponytail in his hand. He titled the picture ‘whoops’, but gave a few hints for his reasons for having the chop.

He tagged The Little Princes Trust charity in the post which makes wigs out of real hair for children who are suffering from cancer. It was on fellow British star James Corden’s Late Late Show that the singer revealed that he was growing his hair in order to donate it to a good cause and raise the profile of the worth-while charity.

The snap sent One Direction’s 17 million followers into meltdown, with many of them demanding a that he reveal the results of Harry’s makeover with one fan posting ‘I DEMAND A SELFIE.’

One Direction are currently on a break from the hit band and pursuing their individual endeavours. Louis Tomlinson is spending time looking after his first child Freddie, with Styles set to star in the new Christopher Nolan film Dunkirk. The film is also set to star Tom Hardy, Cillian Murphy and Mark Rylance. According to reports, the all-star cast are set to spend time on a real Navy ship with no electricity and limited food and water in preparation for filming.