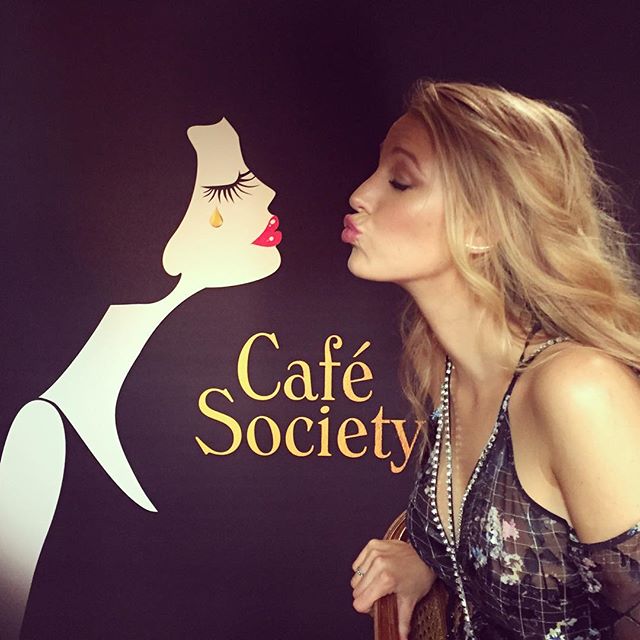 Blake Lively looked stunning in a plunging red dress as she made an appearance at Cannes. The Hollywood beauty, 28, is presumably in the early stages of pregnancy as she is not yet displaying a bump. Lively who is most known for her role in the international hit Gossip Girl has been married to actor Ryan Reynolds since 2012. They couple already have one daughter together.

Blake was on the red carpet for the photo call of the new Woody Allen film Café Society. The film also stars Kristen Stuart and Steve Carell and tells the story of an up and coming Hollywood star relocating to LA to find work in the 1930’s. Lively was joined on the red carpet by her co-stars and director Woody Allen.

Victoria Beckham was just one of a number of other celebrities who were in town to catch the premier of the new film. Anna Kendrick and Kirsten Dunst were also looking fabulous in sun-kissed Cannes.

Allen is famous for directing many films over the years including Oscar-winning Blue Jasmine starring Cate Blanchett and Midnight in Paris. Though his career has recently been overshadowed by allegations of sexual abuse made against the writer and director, though no charges have yet been brought against him.