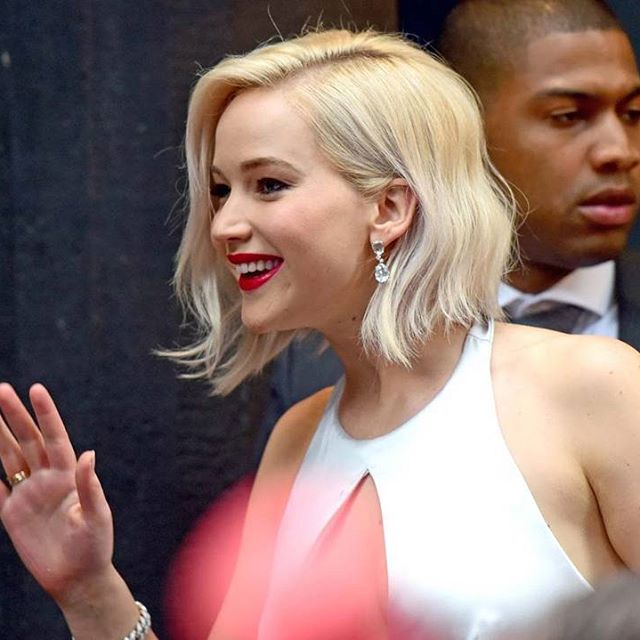 It seems that Jennifer Lawrence is having a little trouble staying upright these days. The star who is in London for the X Men: Apocalypses premier was leaving Tape nightclub where she took another tumble and had to be helped to her feet by security. The Oscar-winning actress and star of the Hunger Games franchise took a tumble earlier in the day on the red carpet in Leicester Square.

She is well known for her famous falls after tripping up the stairs when collecting her Oscar for Silver Linings Playbook in which she starred alongside Bradley Cooper.

Lawrence, 25, looked every inch the movie star in a tight fitting floral dress with corset detailing across the top. She paired the dress with some stiletto gladiator shoes. She was also sporting a ring on her wedding finger, though she is thought to be single at this time.

She was partying at the club with her British co-stars Sophie Turner and Ben Hardy. This is Lawrence’s third outing as Mystique in the X Men franchise after taking over the role from another actress in the highly successful series. The Hollywood beauty claimed in May that this would be her last outing in the films which are based on the Marvel comic books.