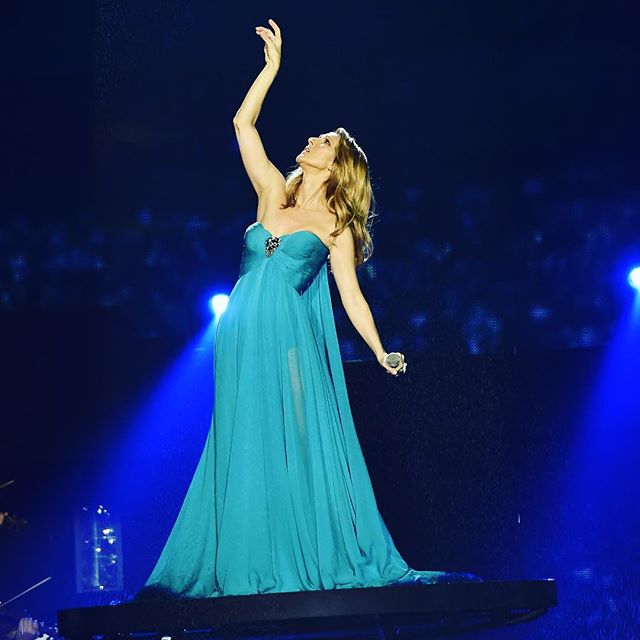 Celine Dion has spoken publicly for the first time since the death of her beloved husband who died of cancer earlier this year. The star said she told Rene, who was the singer’s manager as well as her husband and father to her three children, that he should not worry and that he should go in peace.

‘The kids are fine. I’m fine. I promise you we’re gonna be okay. Please leave in peace. I don’t want you to worry.’ she told ABC News. The My Heart Will Go On singer also revealed how she told her young children that their dad would not be coming back. She told the twins, who are only 6, that at some point everybody gets sick and compared his passing to the movie Up. She said that their dad went up with the balloons just like Ellie did in the film.

The star, who is only 48, also spoke of how she feels at peace with the situation and that she will continue to perform and her late husband was a great believer of the show must go on. The singer is set to perform the Queen hit The Show Must Go On at the Billboard Music Awards on Sunday where she is to be honoured with the icon award.