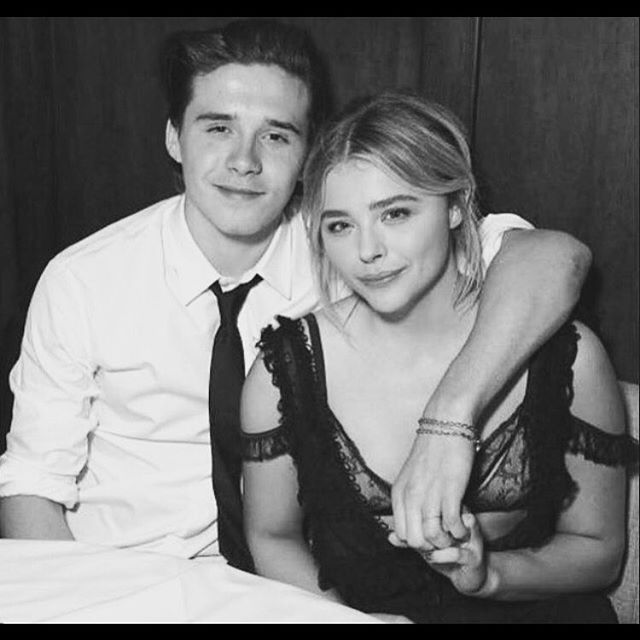 Earlier this month Chloe Moretz confirmed that she was indeed dating Brooklyn Beckham, the son of sporting superstar David and ex-Spice Girl Victoria. But it seems that she is not only smitten with her new boyfriend but the entire family. She was speaking in an interview with Edit Magazine.

She claimed that they are a ‘great family’ before adding that ‘they don’t tout their money either.’ Chloe is a successful actress and has starred in films including Kick-Ass and the remake of the horror film Carrie. She said the family understands the weird quirks of her profession which includes unsociable hours and also sex scenes with other actors.

Though according to Moretz her dating life hasn’t always been so idyllic. She said that in the past her four brothers have been very protective of her, even answering the door when dates come to collect her from the house. But she also claimed that she has learned a lot from them. ”I understood life on a deeper level because I watched my brothers make all their mistakes first.’

It seems that the couple, who are primarily based in LosAngeless are very much in love. Just yesterday they were spotted out having a casual coffee date in Beverly Hills. Brooklyn who is learning to drive at the moment has also been spotted in a very expensive Mercedez Benz. Mum Victoria even took her son out for a lesson when the two were recently in London at the same time.